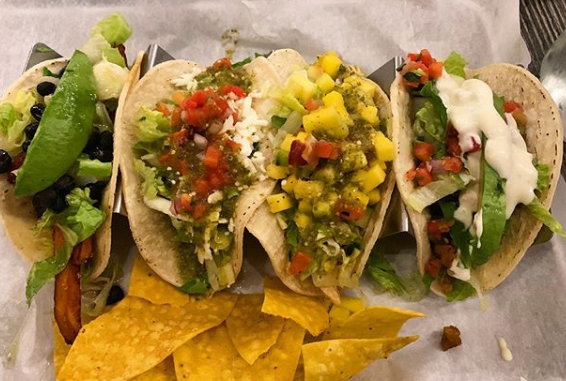 Whether you know it or not, if you live in the United States, chances are you’ve eaten Tex-Mex food at some point in your life. This Americanized take on traditional Mexican food is not limited to Texas. A vast majority of ‘Mexican’ restaurants we know and love happen to fall into this category. If you are looking for fusion Mexican cuisine with a SoCal vibe, visit us here at High Tide Taco Bar for the best tacos in Farmingdale!

In the early 1500s, European settlers arrived in the Native American land of what is now known as Texas. At the time, Texas, as well as Mexico, were part of a Spanish colony called New Spain. They remained as one for 300 years until the Mexican succession from Spain in 1821. By 1836, Texas had also succeeded from Spain and eventually became apart of the United States where they remain today. Although almost 200 years have passed since then, their history will continue to keep Mexican traditions prominent in American cuisine. A group of women known as “the chili queens” are said to have first introduced this fusion of flavors to the public in the 1880s in San Antonio, Texas. Their popular meal of chili con carne with bread and a glass of water only cost a dime. San Antonio was also the birthplace of the ever-popular combo plate that can be seen at many Mexican restaurants today – an entree with rice and beans. Once one restaurant began this trend in 1900, it spread quickly as many other places began adding it to their menu. These innovations helped put San Antonio on the map as the capital of Tex-Mex cuisine.

The key difference between Mexican and Tex-Mex food is in the ingredients. As people began settling in Texas, the availability of Mexican food helped it remain trendy. However, as people started making it for themselves, they used the ingredients available to them – many of which could not be found in Mexico. In the U.S, it is rare to find a Mexican dish that does not include at least one of these ingredients; beef, wheat flour, cheddar cheese, black beans, cumin, or tomatoes. South of the Rio Grande, ingredients are scarcely found. Because of the ample access to cattle in Texas, beef emerged as a popular choice of meat in Tex-Mex (and barbecue) dishes. Other spices and dishes like chili powder or sweet corn are also Americanizations to classic Mexican flavors. In Mexico, they typically use white cheese, soft corn tortillas, and chicken, pork, or seafood. Northern regions of Mexico may incorporate some Tex-Mex elements as well, but that’s about it. If you are looking for some tacos in Farmingdale join us here High Tide Taco Bar.

As you can see, quite a bit of the Mexican food we adore is Tex-Mex! However, that’s not to say it isn’t delicious either way. Are you craving a creative take on traditional Mexican food? Try our tacos in Farmingdale at High Tide Taco Bar! With over 20 tacos ranging from meat and seafood to vegan and vegetarian, we’re positive you’ll find something you’ll love! Check out our extensive menu here or visit our website to learn more about our unbeatable weekly deals.